A traffic jam is seen as people evacuate after tsunami advisories were issued following an earthquake, in Iwaki, Fukushima prefecture, Japan, in this photo taken by Kyodo November 22, 2016. Kyodo/via REUTERS 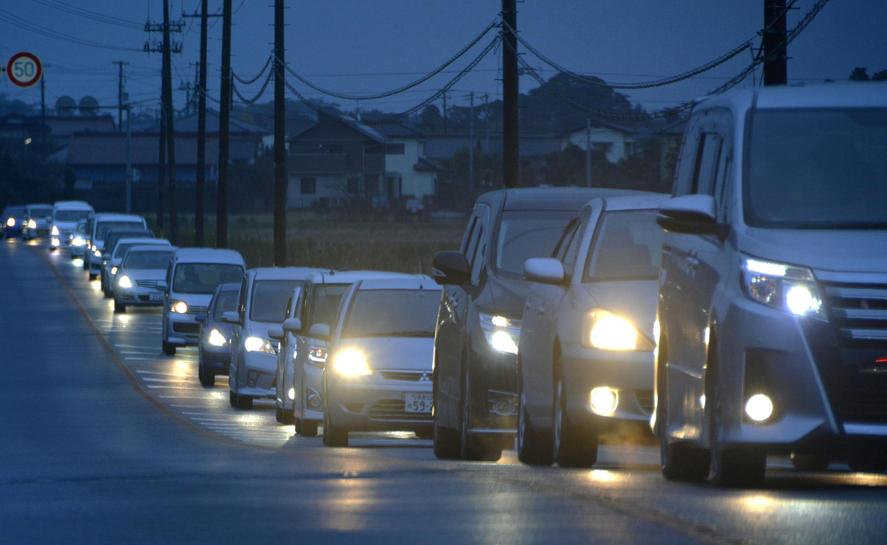 By Yuka Obayashi and William Mallard | TOKYO
A powerful earthquake rocked northern Japan early on Tuesday, briefly disrupting cooling functions at a nuclear plant and generating a small tsunami that hit the same Fukushima region devastated by a 2011 quake, tsunami and nuclear disaster.

The magnitude 7.4 earthquake, which was felt in Tokyo, sent thousands of residents fleeing for higher ground as dawn broke along the northeastern coast.

On March 11, 2011, the Fukushima Daiichi nuclear power plant on Japan’s east coast was designed to withstand a magnitude-7-plus earthquake. A flood wall 18 feet high stood between the plant and the Pacific. But the Great East Japan earthquake that day measured magnitude 9, unleashing a tsunami that topped 45 feet.

The plant was inundated, backup generators were flooded and fuel supplies were swept away. Tokyo Electric Power Co. (TEPCO) emergency crews soon were without any electric power to run cooling water recirculation pumps to prevent the meltdowns of three reactor cores, explosions from leaking hydrogen, and the second-worst nuclear power accident in history. TEPCO workers, who could not know whether their families were among the 18,500 people killed or missing, had to battle through a horrific crisis they had never prepared for, subsequent investigation found.

I met Jun Yamadera at the SVForum Japan Pitch Night, March 10, 2016 in Menlo Park, CA. He reminded us about the 5 year anniversary of the earthquake and tsunami in the Tohoku region of Japan. His company is developing a cancer diagnostic system, and much of his work has been inspired by the strength and the fortitude of the people of Fukushima. http://www.nowhere.co.jp

His other company, Fukushima Wheel, http://fukushimawheel.org/
developing:
“A specially outfitted bicycle features environmental sensors to measure live city data such as radiation, temperature, humidity, NOX, and so on.”

Both endeavors demonstrate the forward and innovative thinking from the new entrepreneurs in the Fukushima region.

TOKYO: A powerful 7.0-magnitude earthquake struck off the south-western coast of Japan early on Saturday, authorities said, with a small tsunami observed on one island but no major damage reported.

The US Geological Survey (USGS) put the epicentre of the shallow quake about 160 kilometres (100 miles) from the town of Makurazaki in south-western Japan.

It was centred about 10 kilometres under the ocean floor and struck at 5:51am (20:51GMT on Friday), the USGS and Japan’s Meteorological Agency said.

The Meteorological Agency issued a tsunami advisory as a result of the quake but cancelled it about 90 minutes later.

BLACKSBURG — The nuclear disaster four years ago in Japan after a tsunami hit the Fukushima Daiichi nuclear power plant limited human involvement, particularly at the start, because of the radiation involved.

But John Seminatore, who’s pursuing a doctorate in mechanical engineering at Virginia Tech, said a robot could have done the job to limit or alleviate the damage.

“It’s not a very complicated task,” he said about the actual pumping of water on reactors, something that could have helped the situation in Japan. “The thing is that robots can do things people can’t.”

Seminatore and some other Virginia Tech students are currently in Pomona, California, where they are participating in a robotics competition hosted by the Defense Advanced Research Projects Agency — the agency within the U.S. Department of Defense that is involved in developing new technologies for the military.

A powerful and extremely deep earthquake struck near remote Japanese islands and shook Tokyo on Saturday, but officials said there was no danger of a tsunami, and no injuries or damage were immediately reported.

The magnitude-8.5 offshore earthquake struck off the Ogasawara islands at 8:24 p.m. at a depth of 370 miles, Japan’s Meteorological Agency said. The U.S. Geological Survey said the quake had a magnitude of 7.8 and a depth of 421 miles. 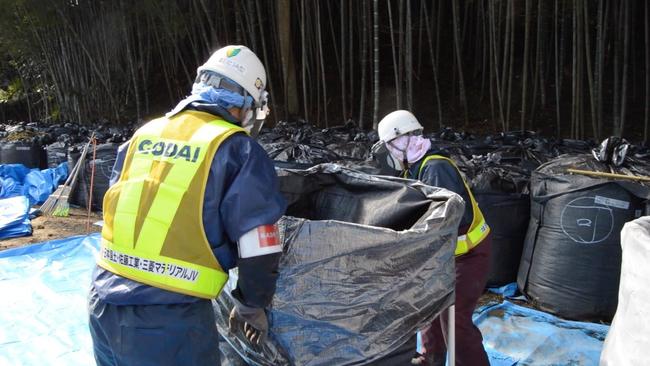 Staff writer Julie Makinen reports on Japan’s effort to clean up after the 2011 meltdown of the Fukushima Dai-Ichi nuclear plant. The work so far has cost $13 billion.

By Meghan Rosen December 22
Dennis Hong first spied Japan’s ruined nuclear power plant from a bus wrapped in plastic. A hefty layer of protection guarded the seats, floors and handles from radioactive dust. Hong wore a face mask and gloves to limit his exposure. Like the other passengers, he had dressed in old clothes that he was willing to toss after the trip.

More than three years earlier, after an earthquake and tsunami battered Japan’s eastern coast, portions of the Fukushima Daiichi power station blew, blasting radiation into the sea and sky. Today, villages outside the plant still lie as barren as ghost towns. Along the coast, smashed buildings, flipped cars and train tracks twisted like taffy stand as reminders of the catastrophe.

About 250 climbers had been enjoying the autumn foliage near the summit of Mt. Ontake in splendid weather when huge, black plumes of smoke suddenly rose from the mountaintop at 11:52am on September 27.